If you’ve been reading here for very long, you’ll know that I’ve been posting and discussing my Lending Club returns since the end of 2011.  For the first year or so, I updated with quarterly updates.   I didn’t do that in 2014.  Part of the reason for that was that it was a busy year for me, and the time to put together a full post on that every quarter just wasn’t always there.  The rest of the reason was that it was beginning to feel redundant to me, so I slowed them down a bit.  Now, I’ll be doing the updates on a yearly basis (twice a year at most) to hopefully avoid that feeling of repeating myself in each one.  On to the Lending Club Returns 2014 update.

When we left 2013 behind, my NAR on my Lending Club account was sitting at 13.16%.  A full year of lending has passed, and, as I’ll explain in just a bit, there’s been some changes to the account.  At the end of 2014, my NAR is now showing at 9.61%.  Down from 2013’s EOY number, but still a very healthy return on my investment.  For comparison’s sake, the S&P 500 returned about 11% for 2014.  So, ultimately, I could be getting more of a return on my money in an S&P 500 index fund.  The biggest difference for me is that each of the loans I’ve invested in on Lending Club has a set rate of return.  The only thing that changes that rate of return is a default.  I’ll talk about defaults in a minute, but the rate of default is pretty low.  Try and get a set rate of return on an index fund.  Your brokerage will laugh you out of the office.

As of the time of this writing, there are no late notes listed on my account.  In 2014, three notes went into a default status.  At the end of 2013, only one had gone into default.  It’s a little bit higher rate, obviously, than it had been previously.  But, as my portfolio on Lending Club has grown, the odds of a default here and there also has grown.  The full picture looks pretty good still.  Since I began investing in Lending Club, I’ve invested in 118 loans.  Only 4 of those have gone into default.  That’s a default rate of about 3.4%.  Flip that around, and if the trend holds, 96.6% of the loans I invest in will not default.  96.6% is a pretty good success rate if I do say so myself.

The 4 loans that have gone into default meant a total of $52.17 in written off principle.  Of that $52.17 that was written off, $10.74 has been recovered through collections for a total loss of principle of $41.43.  I’ll go into further detail in the next section, but the interest I make on the non-default loans more than makes up for that lost principle.

The biggest reason that I invest in Lending Club is for the higher rates of return and the income that it provides to continue building my portfolio.  I bank the interest payments and then reinvest them into new loans when I’ve passed $25 in available funds.  Those interest payments, after fees, totaled $115.69 for 2014.  That’s up from $109.88 in 2013.  Less of an increase than I expected, honestly, but still $115.69 that I didn’t have before.  And it still leaves me with about $75 in income on the account after you account for the lost principle that was written off.  And that’s $75 that I’ve reinvested into principle and am now earning interest on.  Given my current rate of return, I can expect that to increase by about $12 next year.

[Tweet “I invest in Lending Club for the higher rates of return and the income.”]

I think the thing that I like the most about Lending Club is the income potential and the growth I’ve managed with my portfolio.  I haven’t deposited any new money into the account since November of 2012.  Through active investing and reinvesting, my portfolio has increased by almost $200.   I think that’s pretty good on deposits of just a hair over $700.

The Future of my Lending Club Portfolio

In the past, I’ve talked about changes I planned on making to my investing strategy in this section.  I’m pretty happy with my returns, and with the numbers that I’ve just shown you, and so there won’t be any immediate large changes.  If the default rate jumps by a lot, there’s a good chance that I might begin investing a bit more conservatively. But, if it holds steady, I see no real reason to do so.  My portfolio is pretty heavily weighted towards the B and C grade loans in any case.  And I don’t know that moving to A grade loans would give me the return I’m looking for.  So, short term, there won’t be any changes to my investing strategy.  I’ll just continue to reinvest the payments and see what kind of growth I get in 2015.

Do you have any questions I can answer about my experience with Lending Club?  Other things related to peer-to-peer lending that you want to know?  Let me know in the comments below, or through the contact form linked in the bar on the left.

We’re deep into the hot summer months.  Air conditioners across the country are doing overtime keeping our homes and businesses cool and comfortable and keeping the heat outside.  Unfortunately, it won’t be that much longer before we’re turning on the heat and repelling the cold of winter.  All of that comfortable air, hot or cold, comes with a cost.  Sometimes you’ve got to do what you can to find whatever energy savings you can. 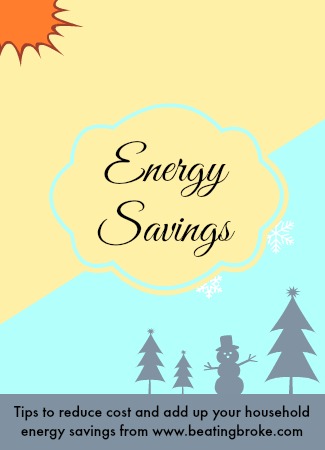 If you’re looking for energy savings, comparing services is a great place to start, but there are some other ways that you can help cut the cost of your energy and make it’s impact on your wallet a little lighter.

Even if you have a really efficient home, you’ll still lose thermal mass.  And the biggest culprit for that is your windows.  Investing in thermal shades and blinds can help keep the heat out in the summer and the cold out in the winter.  They’re more expensive, but unless you’re redecorating your house every year, they’ll last years and make up for the added cost in energy savings.

Does it matter to you if your house stays nice and cool during the summer while your at work?  Or nice and warm in the winter?  If we’re honest, we really only want our house warm or cold when we’re there.  If the house is empty for 8 hours or more a day, there’s really no reason to waste all that energy while we’re gone.  Buying and installing a programmable thermostat is the best way to be able to adjust the temperature while your away and still assure that your house is comfortable when you return for the day.  Set a schedule to adjust the temperature up or down by 5-10 degrees while your out of the house (or sleeping) and to return to your “comfortable” temperature just before you return home.

Spread the cost out

Once you’ve maximized the full energy savings potential, you still won’t be left without any energy costs.  There’s still going to be a bill showing up each month that will need paying.  If you’ve got one energy supply feeding your air conditioner in the summer and another feeding your furnace in the winter, like I do, chances are your bills will spike during the hottest and coldest months of the year.  Most utilities will have some sort of payment system that will allow for you to pay an even amount each month.  We’ve got both our electricity and gas accounts on such a program.  We pay a relatively flat rate each month to each utility, and avoid paying large bills during the extremes of the seasons.

What other ways do you employ to create energy savings for your household or business? 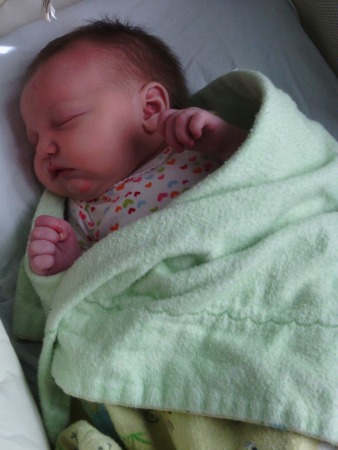