The stores are already starting to advertise for the holidays, and several major retails are pushing the option of layaway as an option to finance your gift giving.  While layaway was not offered in stores for years, it is making a comeback due to the current economy.  You can choose to use layaway or not this year, though it is certainly a better option than financing gifts on credit cards, but why not also start your own layaway program?

One idea that revolutionized the way I budget is to set aside money each month for recurring expenses.  I used to be a teacher, and I could choose to teach classes in the summer or not.  Sometimes I did teach the classes, but a few summers I chose to take off, which also meant that I was choosing not to get a paycheck for three months of the year.  Considering I was the sole breadwinner at that time, summers could pack a painful punch. 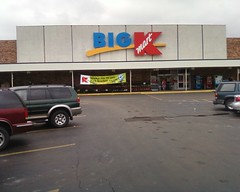 However, I began to enjoy my summers off and not suffer financially when I began setting aside money for monthly expenses.  At the time, we required on average $2,500 a month to live, so that was $7,500 I needed during the summer months to survive without a paycheck.  I received a paycheck nine months of the year, so I automatically deducted $833 a month into a special account to live off of during the summer.

Even if you have a regular paycheck coming in all year long, you can benefit from this plan.  For instance,  I know that over the course of a year I would like to spend $500 on gifts.  Some months I may not spend anything, and other months I may spend $100 or more.  To make sure I have the money set aside, I would take $500 and divide it by 12.  Then I would put aside $42 a month for gifts.  It would be its own little gift fund, and I would draw from it when I needed to purchase gifts.

Likewise, my energy bill is very low in the winter because my landlord pays for the heat, but the electric bill is high in the summer because I have to pay to air condition or drafty apartment.  I set aside $50 a month for electricity.  During the winter months, my electric bill may only be $25.  The remainder of the $50 after I pay the monthly bill goes in savings in a special fund to help cover the high summer electric bills.

If you set your monthly budget up based not just on your exact expenses for that particular month but for the average you will spend all year long divided by 12, you essentially create your own layaway plan.  On months that may have higher expenses, you simply dip into the money you have already put aside.  This type of budget makes your monthly outflow much more stable and protects you from the highs and lows of creating a budget based on each month’s actual monthly expenses.