I had originally planned on taking today off from posting for Columbus Day.  But, then, I thought, what the heck.  It’s a day that we celebrate explorers.  Columbus in particular, but exploration in general, as well. 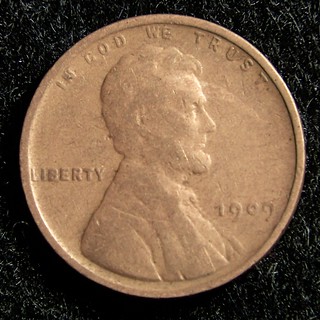 There aren’t many explorers on a global scale anymore.  After all, it’s not like you can jump in a boat and go find new continents, right?  Even back in Columbus’ day, money went along.  Whether it was as a good luck piece, or just in case they came up on a 7-11 in the new world, they had money with.  Today’s explorers have to go a little bit farther afield in order to discover something new, but even so, there’s still a little money that goes along.  And I’m not just talking about the Billions that are spent to do the exploring. There’s actual money in space!

Take for example, the newest exploration endeavor, the Mars Curiosity Rover.  Back in August, the folks at the NASA JPL labs in California managed to drop the Curiosity, a small car sized rover, onto the surface of Mars.  If you stayed up late enough (or got up early enough, I suppose) that night, you were treated to live video of the command center at JPL.  It was pretty awe-inspiring. Since then, they’ve been running all kinds of tests, and sending back some pretty incredible images of the surface of Mars.

Part of the rover is it’s ability to send such awesome pictures.  And part of that ability is the ability to calibrate it’s cameras.  The calibration panel that it uses has some interesting bits for calibration of color and detail, but also something added for basic scale.  That item?  A 1909 Lincoln VBD Penny.  Much like the one in the image, here.  Why a penny?

The MAHLI calibration target includes a penny at the center of this image, plus color chips, a metric standardized bar graphic, and (just below the penny) a stair-step pattern for depth calibration.

The coin is from 1909. That was the first year Lincoln pennies were minted and the centennial of Abraham Lincoln’s birth. The penny is a nod to field geologists’ informal practice of placing a coin as a size reference in close-up photographs of rocks, and it gives the public a familiar object for perceiving size on Mars easily.

Pretty cool, huh?  Money is everywhere!  Even in space!