Unless you’ve been living under a rock, you’ve heard the term Bitcoin being talked about a lot.  A whole lot.  And, depending on who you listen to, it’s being called an impending disaster or the next greatest thing to hit the world of commerce.

Bitcoin is a private payment system that allows for the transfer of “bitcoins” between people through a private system of digital wallets and transactions.  It’s probably simpler to just call it a digital currency.

Currency?  Yep.  Think of it like the mighty Dollar (I’ll remove my tongue from my cheek later.)  The Dollar is the currency of the USA.  We use it every day, either by earning it in exchange for work, or by spending it in exchange for goods and services.  You can do all the same things with the Bitcoin currency.  Of course, there’s one huge difference. 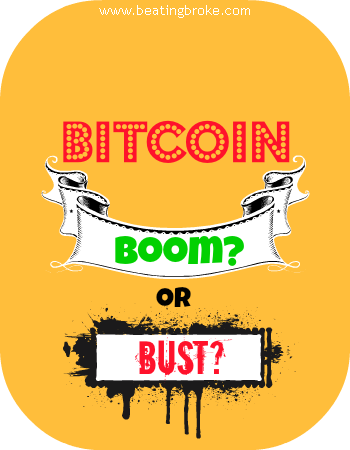 Where does Bitcoin get it’s value then?  Scarcity.  It also has some inherent properties that many find alluring.  It’s not tied to a country, so it’s relatively unaffected, in theory, by any one country’s economic problems.  It’s not really regulated in any way, so there aren’t any pesky rules about how much you can transfer, or any specific reporting requirements if you transfer over a certain amount.

Of course, many of those properties also make the burgeoning currency attractive to a seedier population.  If you can make transactions that aren’t traceable by traditional methods, it’s far easier to perform certain transactions (think drugs, prostitution, illegal arms) without having law enforcement breathing down your neck.  Without any real reporting requirements, it could be a pretty handy tool for money laundering.

The recent popularity of the digital currency has caused quite a few articles lauding it’s future and how it could be the currency of the future.  It’s not hard to see the appeal.  The value fluctuates enough to make some mild speculation profitable if you hit the bumps right.  The currency, should it continue to be used, with it’s scarcity, could continue to rise in value.  People are even making dedicated computers set aside to “mine” bitcoins and are alluding it to it being similar to a new gold rush.  It’s entirely possible that Bitcoin will arise as a stable currency that’s accepted worldwide as payment for goods and services.

The fall of Mt. Gox, one of the leading Bitcoin exchanges (like a Bitcoin bank), after a hacking event where Mt. Gox lost a reported $400 Million worth of Bitcoins along with a couple of smaller exchanges losing 5 and 6 figure amounts to similar events has caused a bit of a destabilization of the currency.  The value dropped to nearly a third of what it was before those events, and caused a panic.  The lack of regulation, and security concerns could be the downfall of the fledgling currency.  At least one country as banned the currency, and several are looking at ways to regulate it’s use.  Should more bannings and further regulatory actions take place, many of the reasons that people are flocking to the currency now will be reduced, or removed entirely.

My fingers have been leaving the i out of Bitcoin the whole time I’ve been typing this article, so I can’t help but ask the question.  Bitcoin has no real value.  There isn’t anything giving it value other than fervor and scarcity.  In fact, I have a hard time calling it anything other than a collectable akin to the Beanie Babies rush in the late 90’s.  At least if you jumped on the Beanie Baby rush, you might still have a few plastic pellet filled animals to hold.  If the floor falls out from under Bitcoin, all you’re likely to have to show for it is a bruised pride and some extra software on your computer to remove.

The best case, as I see it, is that some regulation gets involved in the mix, and Bitcoin becomes something similar to Paypal, but using Bitcoins instead of your local currency.  For that to happen, the currency has to stabilize in value, or have a set value.  I don’t think there are any current plans for 1 Bitcoin to have a set value, and so long as the security issues remain and people keep jumping back into it, I don’t see the value stabilizing either.

One thing that could potentially save Bitcoin would be if several world currencies destabilized over a short period of time.  That combined with a large amount of people taking money from those currencies and dumping it into a more secure Bitcoin could act as a float to drastically improve the perceived adoption of the currency worldwide.  Of course, the problem there is that if several world currencies destabilize, we might have bigger issues on our hands.

What do you think of Bitcoin?  Is it a viable alternative to localized currency?  Will it see increasing adoption and become a legitimate currency?  Is it doomed to fail?  Does it have any value for speculative investing?

There’s been some talk recently (and in the last several years) that we should get rid of the dollar bill and move to using a dollar coin.  Most of that talk is pro dollar coin.  And, for the most part, their argument makes a lot of sense.  The dollar bill is an expensive bill to make, much like the penny is an expensive coin to make.  Dollar bills quickly degrade and need replacing.  And, really, what can you buy for a dollar anymore anyways?

In fact, it almost seems like anyone in the personal finance blogosphere really should like the idea of a dollar coin.  But, I just can’t bring myself to like it.  First, let me describe my relationship with cash, bill or coin.  I don’t carry it.  At any given point in time, I probably have a few dollars up to twenty or so dollars in my wallet.  It’s probably been there for months.  I don’t use cash.  On most work days, I go to work, and, when I’m done with work, I return home.  I have very little calling for spending money during the week.  And I really have very little calling for it during the weekend as well.  But, you know what I hate more than carrying cash around?  Carrying coins around.  They’re always weighing down your pocket, jangling around with whatever else is in your pocket.  They fall out of your pocket, leaving themselves buried in somebody’s couch.  They’re dirty.  I just don’t like them.  If I happen to end up with some, the first thing I do is either deposit them in the little tray at the counter or throw them in the console of my car.

So, as you can probably tell, if I had my choice between the dollar bill and the dollar coin, I would pick the dollar bill every time.  And, in case your wondering, when I do spend money, I prefer to use my debit card.  It only takes up one little old slot in  my wallet and it’s “accepted everywhere I want to be”.