We already know that a good portion of saving money (both saving in savings accounts and saving on spending) can be determining whether something that we think we need is really a need or not and whether we could really do without that need. The underlying problem there is that as we become more affluent, wants become needs. This isn’t a new problem.

What those wants are has changed, but the problem remains.  In the days of the Roman empire, things like Oranges were considered a luxury.  They didn’t have the ability to transport them as quickly as we can now.  Because they were unable to get them somewhere quickly, they would spoil in all but a few cases.  The elites of the time were affluent enough that they could afford to dedicate a whole team of chariots and riders to move the Oranges from the orchard to their homes as quickly as was possible in the times.  Today, oranges are a bit more commonplace.  And, as such, aren’t nearly the luxury that they were to ancient civilizations.  The same is true for many different commodities.

And so, we can be said to be equivalent of a Roman elitist.  But, even as we are equal in many ways when we compare our access to certain things, we are not equal in socio-economic standing.  We aren’t elitists.  We’re the modern day equivalent, in that way, of your average, everyday Roman.  Just as the elite Romans had their scarce commodities, the elites of our society have theirs.  Bentleys, Mansions, Lear Jets, and Caviar just to name a few.

One of the hazards of harnessing our personal finances is that we may begin to loosen our own self-made restrictions and some of our wants might become needs.  Sure, a private jet would be nice.  I want a private jet.  I certainly don’t need one, though.  But, what if my prowess with personal finance (stop laughing) causes me to become more wealthy than I could possibly imagine.  As it becomes easier and easier for me to get that jet without breaking the bank, it also becomes easier and easier for that want to morph into a need.

A jet is a bit of an extreme example.  But, apply the same concept to one of the things that you want now.  Here’s a perfect example from my own financial adventures.  About 7 years ago, shortly after my wife and I became engaged, we decided that we needed to move from the apartment we were in and into something that was a little bit more pet friendly.  If you’ve ever tried to have a 100+ pound dog in a one bedroom apartment, you know what I’m talking about.  Initially, we were talking about finding a house to rent that allowed pets.  However, the more we looked at it, the more we discussed buying a house.  We wanted to buy a house.  But, as we looked at houses to rent, we convinced ourselves that we needed a house.  And we bought one.  Now, 7-ish years later, we want to move into a bigger house to make room for our two children and a dog.  We certainly don’t need a bigger house.  But we want one.  As we get a better handle on our finances, it’s very possible that what we want now will become a need if we let it.

I won’t say whether that will be a bad thing or not.  Some would argue that if we don’t truly need the bigger house, we shouldn’t buy it.  Others will say that if we have saved up and can afford it, we should go for it.  That’s not the point of this article though.  What is the point?

Image Credit: Without money by Toban Black, on Flickr 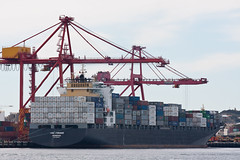