When you think of infidelity, you likely think of one person sneaking out late at night or during the workday to have a romantic tryst with someone other than her spouse.  But sexual infidelity is just one form of infidelity.  Another type that is becoming increasingly common in our society is secretly spending money and going into debt without your spouse’s knowledge or consent.  Yet, is hiding your spendthrift ways just irresponsible, or is debt hiding a form of cheating? 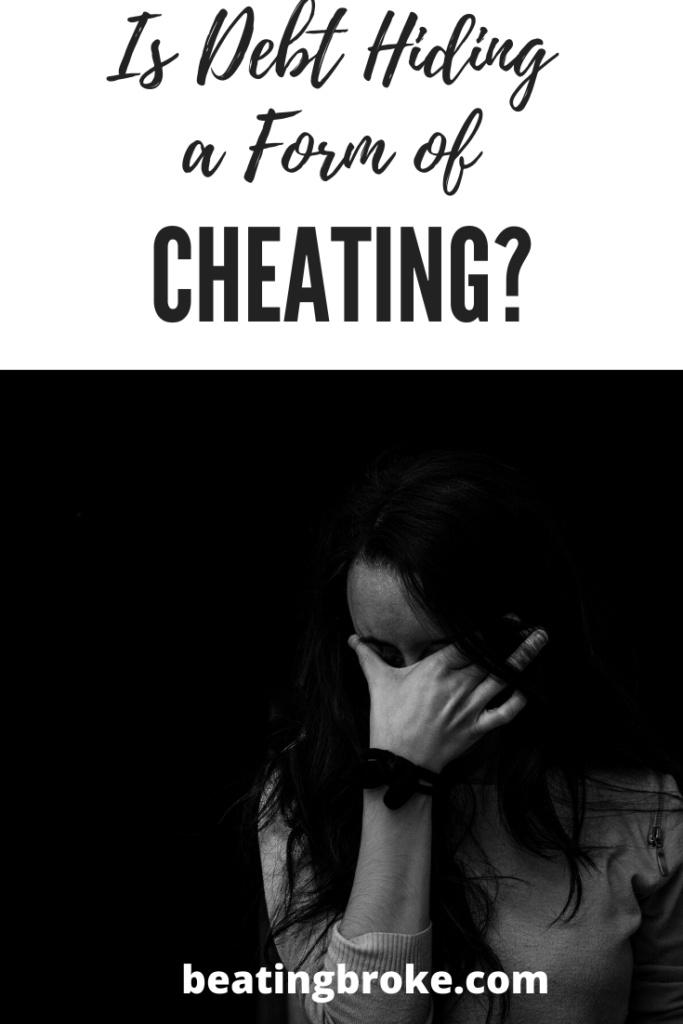 According to the dictionary, to cheat is defined as, “act dishonestly or unfairly in order to gain an advantage, especially in a game or an examination.”  With this definition, hiding debts or credit cards from your spouse is indeed cheating.

The Debt Is Almost Always Discovered

Depending how involved your spouse is in your finances, if you are secretly hiding debt, you may be able to hide it for a few months or years, but the deceit is almost always discovered.  If you or your spouse has your credit pulled for any reason, the secret debt will be there in black and white.

Serious Ramifications for Your Relationship

If your spouse has racked up a significant debt without your knowledge, he may be hiding an even bigger secret.  Some spouses hide gambling or drug addictions that go hand in hand with hiding increasing debt.

I knew someone in college whose mother discovered that her father had secretly racked up $30K in credit card debt.  She found out that much of that money was to support his alcohol habit.  However, deeper probing lead her to discover that he had had a several years’ long affair that had resulted in a child.  He paid his mistress ample child support every month, and to make up for that loss of money in his income, he’d resorted to secretly charging expenses.

If you have secret debt, the best thing to do is to come clean now.  Your spouse will likely appreciate you honestly confessing rather than being caught at a later date.  Plus, the sooner you confess, the sooner you can stop the financial damage.  In fact, one survey found that most spouses wouldn’t consider a divorce over secret debt unless the debt was $15,000 or more.

Even if you say “no” to the question, “Is debt hiding a form of cheating?”, it is a form of deception that can have serious repercussions on your marriage.  The best strategy is to confess now.  Then, you and your partner can make a financial plan together and minimize the damage from the secret debt.