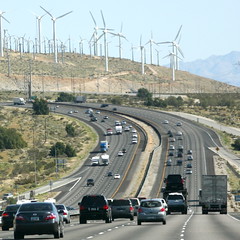 Show of hands.  How many of you actively participate in recycling endeavors in your community?  You schlep around your empty cans, jugs, and bottles.  You pile them up with your used papers, then sort them all into bins so some poor schmoe down at the recycling center doesn’t have to.  All so your city can save a few dimes on an already expensive endeavor. Ok, now show of hands, who thinks recycling is bullshit?

Let’s think about this honestly for a minute.  Because, I think we’ve got our terms confused.  What, exactly, is recycling?  It’s the taking of something that’s already been used, and putting it back through the manufacturing cycle so that the material can be used again.  That extra cycle is where the term recycling comes from!  But, what is the cost of that extra cycle.  Let’s break it down a bit.  We’ll ignore the first cycle, since it’s going to get used for the first cycle regardless.

Let’s consider a plastic bottle.  It’s been created, and used.  It’s empty, so has no further use in it’s first cycle.  You collect it with similar bottles, then submit it to the local recycling center.  We’ll discount the energy that you use in collecting the bottle, as it really isn’t that much more work than you would use in throwing the bottle away.  But, what about the energy that will be used in picking up or dropping off the bottle.  You’ve got to either have someone pick up the bottle, or you have to drop it off at the recycling center.  Once the bottle has been taken to the recycling center, it then has to be shipped to a factory where it can be broken down in a way that makes it recyclable.  More energy wasted in transportation.  Once it’s there, at the factory, it then has to be broken down.  Depending on the process, that could involve melting the plastic under heat.  It could mean squishing, cutting, and making the plastic into threads.  Even more energy wasted.  Once it’s been broken down, the resulting product must be taken to yet another factory that can then turn it into the “recycled” product.

By the time it’s recycled, it’s been through a manufacturing process three times.  Does the extra cost in energy, pollutants, and work make it worth our while?  I’m not sure that it does.  Want to take a deeper look at some of this?  Take a look at this video.  Now, arguably, the show is called “Bullshit”, and anyone who uses that as the name of their show (or as a title for an article) is out to be a bit sensationalist.  And, certainly, I don’t know that Penn and Teller count as experts.  But, I do think they make some interesting points.  There’s three parts to it, so it’s a bit long, but worth watching, I think. When you’re done, we’ll continue on below. P.S. as you can imagine, a show whose title is “Bullshit” has some NSFW language in it.

I admit, I like sensationalism. And, I’ll make another admission. I’m not entirely against recycling. But, I tend to think that the first two parts of the motto “Reduce, Reuse, Recycle” are far more useful and important than the recycling. By reducing the amount of energy and products that we use, less needs to be made. By reusing the things that we can, we reduce the amount of products that will need to be recycled or thrown into a landfill.  Instead of expecting someone else to ease my conscious, and take away my trash to be converted into something usable, I’d rather reduce the amount of trash I make.  Less paper plates.  Less non-reusable water bottles.  Less stuff.

The one thing that I collect to send off to recycling is soda cans.  Mostly, because I can drop them off at the local Humane Society where they take them to a scrap metal yard and sell them for cash.  It’s an extra way to give to one of my favorite charities.  Here’s some more sensationalism for you.  The Humane Society is, essentially, a pet recycling center.  People take their unwanted and used pets there, so that they can be washed, fed, given their shots, and sent back out to a new family.

I’ve gone on about recycling long enough.  Now, it’s your turn.  Is recycling bullshit? Scroll down a few inches on the screen and leave a comment.  Do you agree that recycling might be bullshit?  Do you recycle religiously?  What steps do you take to reduce, reuse, and recycle?  Heck, you can let me have it in the comments too, if you like.  One small caveat in doing so, is that any excessive NSFW language will likely get edited out.

Everybody knows it’s great to go green, but have you ever considered why? Here’s some advice for homeowners on how greening their homes can lead to a higher quality of life.

1. Homeowners with greener homes pay less for water and electricity each month. If you’re one of the green-savvy homeowners who have installed solar panels or a solar water heater, you are at a great advantage. Although these systems are usually used to complement traditional means of providing electricity and heating water, some lucky homeowners have discovered that they can produce enough green energy to go entirely off the grid. Not to mention that maximizing natural light can lead to lower consumption of electricity, as well.

2. Green homes last longer and sell higher. For those homeowners who are fortunate enough to be able to build their dream green home or participate in the construction of a home already in progress, green additions can be well worth the investment. Not only do these homes produce less waste during the construction process, but their green features — such as reclaimed bamboo floors and solar panels — last longer, giving them a higher resale price if you ever decide you want to move. And who knows how much more in-demand green homes will become as fuel prices continue to rise?

3. Green homes are healthier for you. When going green, it is important to think of the little things, as well. Using non-vinyl window blinds can help reduce the amount of lead particles in the air around your home, as well as using chemical-free paints. These chemicals, when ingested over a long period of time, can lead to health complications that you may not even be aware of. So greening your home is also a way to live a longer, healthier life. 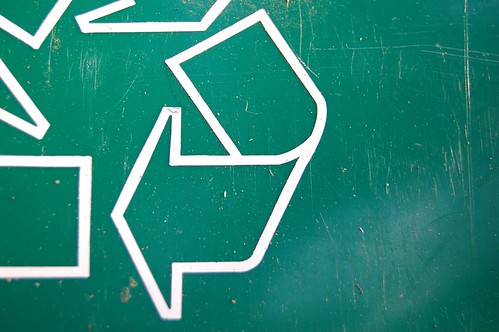 4. Green homes require less maintenance. Whilst you’re spending time around the house this year treating your deck and polishing your floors, consider this: design materials made from recycled product often require little to no effort to maintain and last longer. This means that you can actually save both time and money by incorporating things like environmentally friendly flooring in your home’s decor.

5. They help maintain a mutually beneficial relationship with the environment. This may seem like a no-brainer, but green homes do a lot more for the environment than just reduce waste. Home builders who know how to work with the environment in the process of designing their homes can actually use things like the angle of the sunlight to eliminate the need for artificial lighting. They can also take advantage of wooded areas on the land for climate control inside the home instead of destroying the trees.