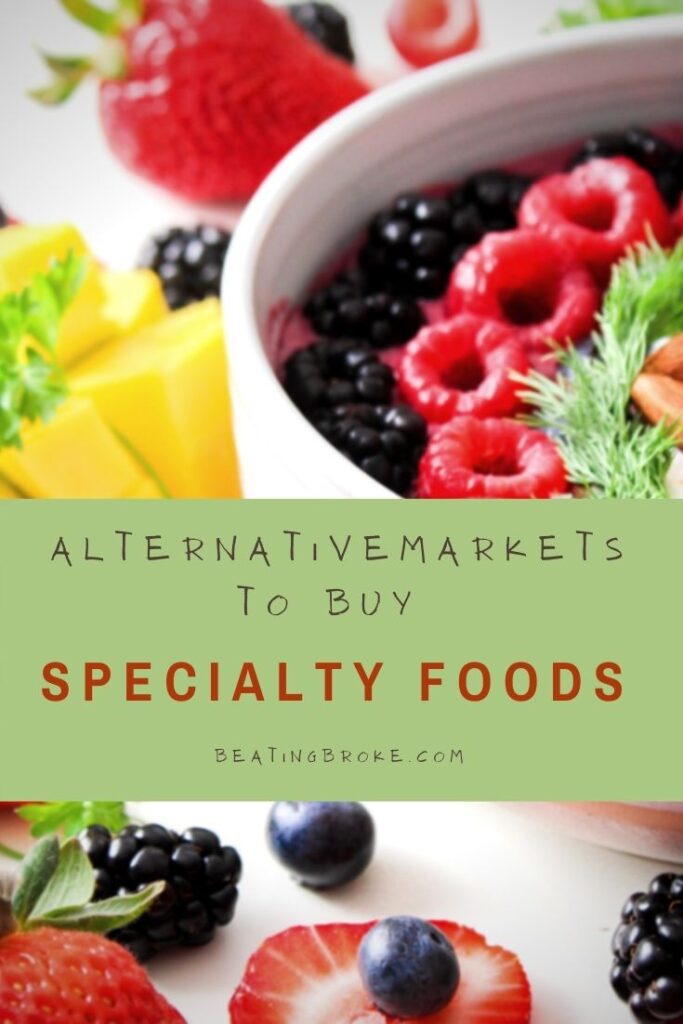 In our family, we’re gluten free and dairy free due to food intolerances. Although we’ve been this way for about 10 years now, when we first eliminated gluten and dairy from our diets, I was shocked by how much gluten and dairy alternatives cost. Thankfully, in the years since, we’ve found good alternative markets to buy our specialty foods.

Save Before You Shop

Having said that, sometimes you just want meals as close to what you used to have as possible.

Azure Standard is a family run health food store that delivers food throughout the United States. You can buy food in bulk at significantly discounted prices.  (For instance, we buy gluten free oatmeal in 50 pound bags for $62, which is a price I can never match per pound in the grocery store.) In addition, each month, Azure has different items on sale.

Their trucks deliver once a month at places called drops where several people help unload the truck and then pick up their individual orders.

Vitacost is an online retailer that sells both vitamins and supplements as well as food. They have a large specialty food section, whether you’re looking for dairy free, gluten free, vegan, soy free, Keto, Paleo, or many others.

If you place a $50 order or larger, shipping is free. In addition, if you sign up for their mailing list, they will frequently send discount codes, often for 15 to 20 percent off.

Again, when I use their discount codes, I find the prices lower than I can get at local grocery stores. Plus, you can’t beat the convenience of having food delivered right to your door.

Thrive Market does have a fee of $5 per month, but the people who use the service say the fee is worthwhile, especially since shipping is free if you buy $49 or more in an order.

This online retailer has more choices than VitaCost, and your order is delivered right to your door. However, like Vitacost, there is no fresh produce available.  (You can get fresh and frozen produce from Azure.  Azure’s organic frozen berries are much cheaper than you can find in stores!)

If you’re not sure about paying the monthly fee, you can try Thrive Market for free for 30 days and cancel if you find it isn’t what you’re looking for.

If you have dietary restrictions, you may be frustrated because you can’t find the foods you need at a traditional grocery store. However, these three alternative markets for buying specialty foods will likely have what you need. I use a combination of all three throughout the year.

Healthy Foods to Buy When Broke

5 Strategies to Make Food at Home If You Hate Cooking 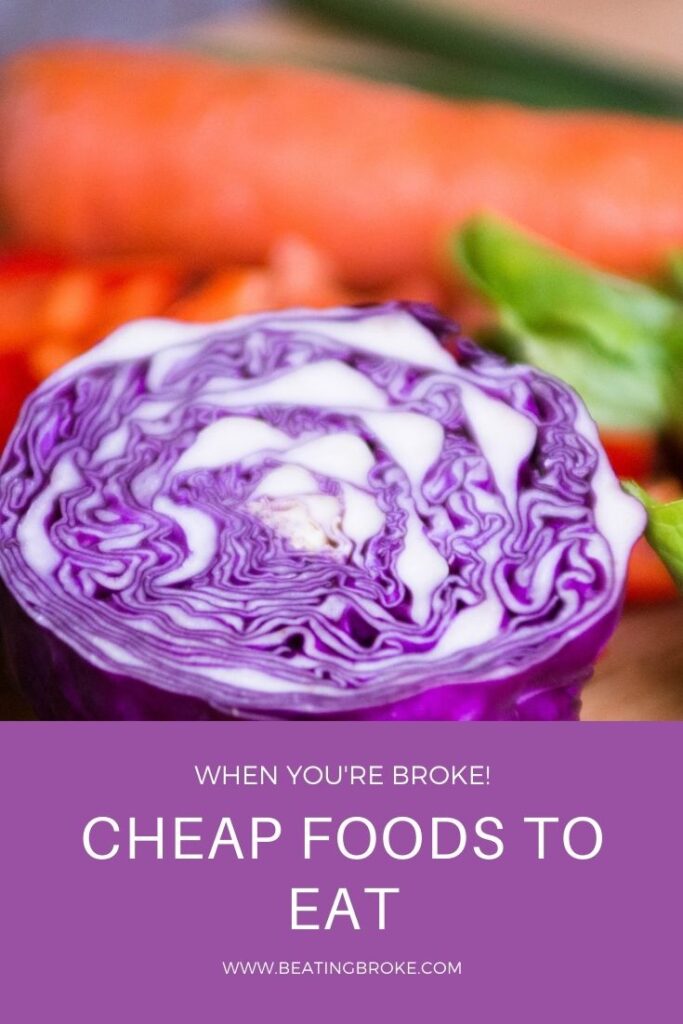 Whether it’s nearly the end of the month and you’re out of cash, or you’ve just lost your job or you had a large expense this month, we all have times when we have to nourish our bodies for as little money as possible.  Luckily, there are many cheap foods to buy when you’re broke that are also nutrient power houses.

Cheap Foods to Buy When Broke

To get the most nutrition from limited money, you’ll want to first focus on fruits and vegetables.

There are many basic vegetables to choose from:

Carrots are so versatile!  You can eat them raw or use them in soups and stir frys.

You’ll find plenty of recipes for cabbage.  Consider looking for recipes from other countries, too, as cabbage is a staple in the cuisine of many countries.

While fruits like grapes, blueberries, and strawberries are delicious, they’re not affordable when they’re not in season.  Instead, focus on fruits that are affordable in any season.

Bananas are quite filling and cheap.  You can eat them plain, or blend them up and use them as mock ice cream.

Apples are in season for quite a long time and can often be found for less than $1 a pound.  I like these because of their nutritional value and because they can be eaten as a fruit, or used in a meal, or baked for a dessert.

When you’re on a budget, you need foods that are filling.  After fruits and vegetables, your next priority should be starches.

Potatoes are almost always a reasonably priced food.  Add them to meals to bulk up the content.  (One of our favorite breakfasts is diced, cooked potatoes mixed with a little cheese and scrambled eggs.)

Oatmeal makes a great, filling breakfast for just pennies.  Stir in some protein powder or jam for a little extra flavor.

Oatmeal can also be used in muffins and ground up in a food processor and used as a substitute or supplement to flour in baked goods.

The price of flour can’t be beat per pound.  Use it to make homemade breads, rolls, desserts, etc.  You can also use flour as a thickener to homemade sauces and gravies.

Rice is also versatile and can be used for a side dish, dessert, or breakfast.  When rice is combined with beans, it is the ultimate frugal meal.

Protein will help satiate you longer, stretching the length of time you feel full, so hopefully you’ll need fewer in between snacks.

A pound of dry beans costs between $1 and $2 per pound and can likely be used for several meals.  Use beans in soups, casseroles, and dips like hummus.  You can even use beans in desserts like black bean brownies.  (Don’t knock it if you haven’t tried it.  They’re delicious!)

Chicken is a great animal protein that can be frugal if you buy it on sale or on the bone.  We usually try to use our animal protein as a supplement to a meal, not the main focus of the meal.  Try dishes like fried rice with some shredded chicken or chicken pot pie to complement all of the vegetables in the meal.

Don’t forget to take the bones and turn them into a homemade broth to use for future meals.  (We freeze our broth in ice cube trays for future use.)

If you’re on a tight grocery budget, remember that if you choose the most frugal food options, you can still eat healthy, nutritious, and filling foods.

Save on Groceries by Limiting Junk Food

5 Strategies to Make Food at Home If You Hate Cooking

Save Money on the Grocery Budget by Reducing Food Waste 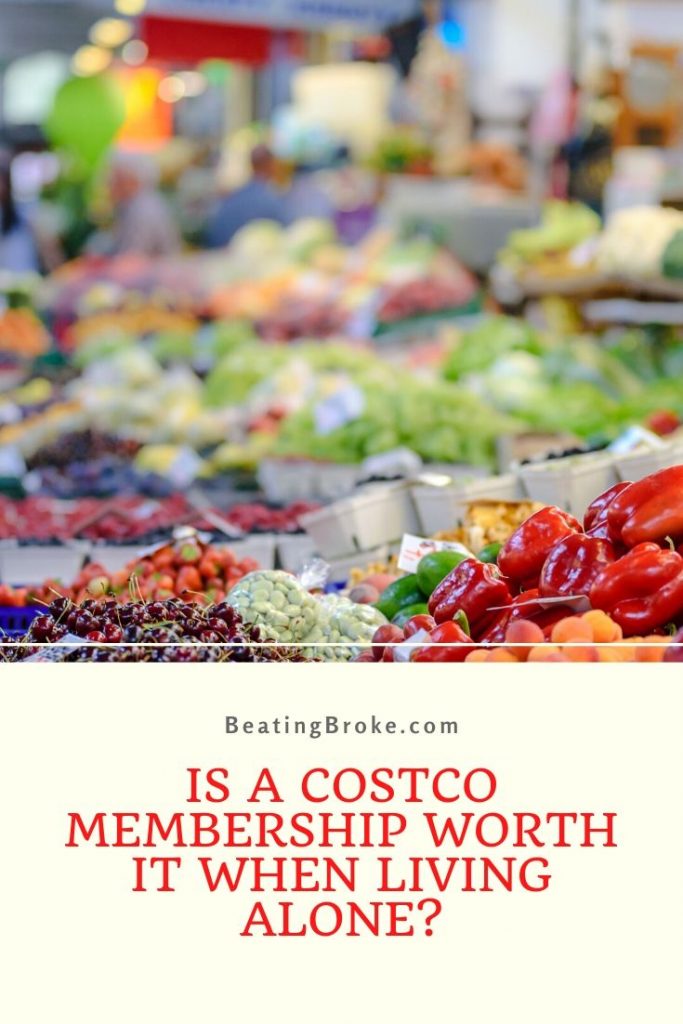