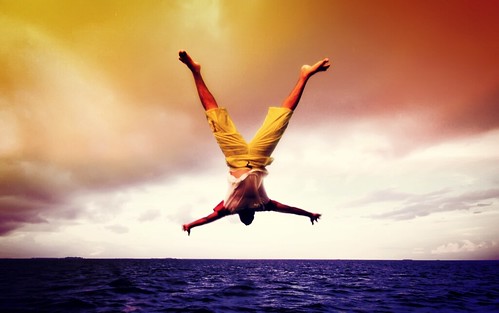 When I finally put in that two-weeks notice, I was floating on this nice little cloud, high above the world, happy with my decision and feeling like I could do no wrong.  Like Andrea of So Over Debt put it, it was the first good nights sleep I’d gotten in quite a while.  And, of course, for the two weeks that I was still working, I stayed on that cloud, anticipating that last day, and the end to my tenure at that employer.

As those two weeks went by, I went from anticipating the day, to downright demanding it came faster.  As more and more of my tasks were transferred to temporary replacements, and I packed more and more of the stuff off of my desk, I began to think about all the things I could be doing at home, at my computer, with this site, and my other sites.  It was torture! 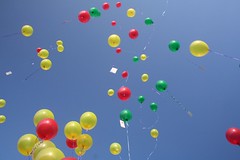 At the end of those two weeks, I nearly ran for the door!  I was already filled with ideas of what I would write the next day, the things I would do, and the changes I could make.  Little did I know that I had a bit of a different path planned.  You see, I woke up early the next morning, with the flu.  Yep.  I spent my entire first day of self employment with the flu.  The following day, I was well enough to at least sit at my desk, but being productive was almost certainly out of the question.

One of the things that I decided, early on in this adventure, was that the income from this and other sites wasn’t going to be enough to make up the difference, or even to make a dent in it.  I would have to get a part-time job in order to help pay the bills, while I built the sites up to a reasonable income level.  I already had a lead on one, so the first full week of self-employment, I went and met with the owner and we worked out some details, and I started last Thursday.  The part-time income from that should help with the bills.  I’ll get a bit less done on my sites, as I’ll be working three days a week, but it was something that I felt/feel was necessary in order to keep some constant money coming in while I work on building other things.

Now, a full week and a half after I quit, and the holidays rushing in on us, somethings are coming back into focus.  I’ve always gotten a bit worked up about finances.  That’s why I created this site, after all.  So, knowing that we lost over half of our income and will only be able to constantly replace about 1/3 of that income immediately, has me a bit stressed.  My wife want’s to do some holiday shopping, and my natural instinct is to shut off all of that, and “give hugs” this Christmas.  It’s caused a bit of friction, but I’m sure we’ll figure it out.

I’m recovering.  From the high of quitting my job.  From the flu.  From stressing entirely too much over money.  From a lot of things.  Such a major life change is bound to require some recovery period, and I am confident that I’ll come out the other side.  There’s just a few bumps in the road.  What an adventure!

I did something a couple of weeks ago. I’m sure that, based on the title of this article, you can guess what that something is.  In fact, today is my last day.  Starting at 5, I’m a free agent! 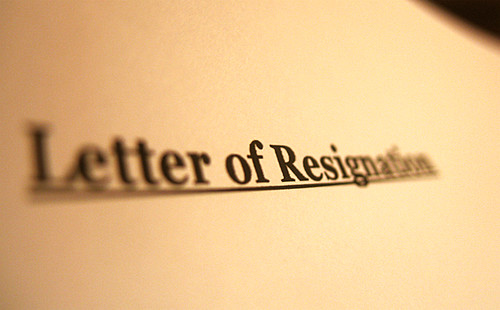 Why I Quit my Job.

Over the last several months and weeks, several things had happened at work, and while each would have likely been bearable on their own, the whole was completely unbearable. I don’t want to get into any real details, as I prefer to take the high-road and just leave what’s done, done. Unreasonable demands on me, and and my time had made my work a true chore, and I wasn’t willing to deal with it anymore. And so, I attempted to make my argument as to why the demands were unreasonable, but those arguments fell on deaf ears, and I submitted my resignation and two weeks notice. And, boy, did it feel good.

What about that House?

If you’ve been reading the last few weeks of articles, you’ve noticed that I’ve been writing alot about the house we were planning on buying, and the process that we and other prospective home owners have to go through. As you can likely imagine, the loss of one of our incomes has made it impossible for us to be able to afford the new mortgage payment that the new house would have brought with it. As a result of that, we’ve since cancelled the purchase and will remain in our current house.

The upside of not buying the house, and having to pull our current house off of the market is that we’ve done quite a bit of work on it in the last month or so to make it more appealing to prospective buyers. A new deck, some new flooring in the hall, and paint touch ups, among other things have made the house look pretty nice. It still remains rather small for our growing family, but it’s in really good condition now, and we’ll just have to make do.

Plans for the future.

With my resignation, I got something that I hadn’t really expected. Some freedom. I declared my free agency, and I’ll be attempting to make the most of it. I’ll be spending a lot more time writing for Beating Broke, as well as my other online properties. I’ll be writing some guest posts for other personal finance sites, and am hoping to have another ebook ready for you all sometime around the end of the year. (If you’ve got topics you’d like to see an ebook on, please let me know in the comments!)

I’ll likely have to take on a part time job, but have resolved to make it part time so that I have the time to do the extra work on this and other sites. It’ll help supplement the income I make online until such time as the online income grows enough to support me doing it full time.

How can you help?

The biggest way that you can help me, right now, is to continue reading my articles, here. It’s why I write them. It’d be pretty boring if you didn’t stop in to read, leave comments, and add to the discussion. If you’ve got topics you’d love to see covered here, please let me know in the comments or by using the contact us link at the top of the site. I’ll do my best to cover them as quickly and as fully as I can. Finally, share the site with your friends! Let them know how much you enjoy the articles!