I tried, through my previous posts, to adequately cover the reasoning, and process, of quitting my job.  One thing that I didn’t cover, however, was the mistakes I made along the way.  I think that, partially, I couldn’t because I hadn’t had enough time to ruminate on them.  I also think that I couldn’t because I didn’t want to expose my weaknesses.  Now, I’ve had time to think about it, and I think I can easily identify the things that I would do differently should I have the opportunity to try again.  Maybe they aren’t all mistakes (I don’t count some of them that way).

Quitting Your Job The Right Way

One of the biggest changes I would likely have made would have been to quit the right way.  The decision I made, while necessary, was made quickly (over two days), and without much fore-planning.  Part of the motivation was that I had wanted out of the job for quite some time.  How much I wanted out wasn’t really clear until after I was out.  In hindsight, I should have started making moves well before I did.  Unfortunately, I was mired in the comfort of a position that I had held for over seven years.  Lesson learned: comfort is nice, but freedom is nicer.

Have a Full Plan B

Because of the hastiness of my departure from my position, I didn’t have a full plan B.  I had no idea where the money was coming from to even partially replace my income.  What income I had wasn’t dependable.  In a way, I was smart enough to at least get a part-time job.  But, without a full plan B, I think it was likely doomed to fail. 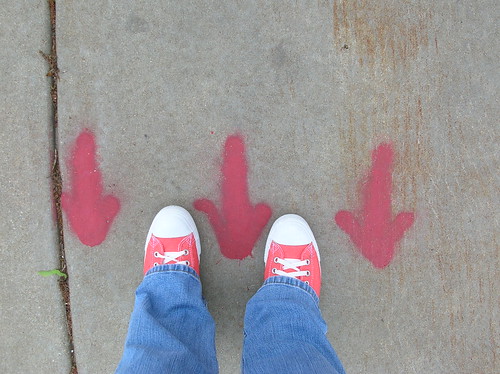 This is probably the biggest mistake I made through the whole ordeal.  I quit my job, without a plan B, and then didn’t get after it nearly as much as I could have.  I wanted to focus entirely on my blogs and websites and grow them to at least a part-time income.  I severely underestimated the time it would take to do so, and should have spread my roots a bit and taken on other small projects to fill in dead time, and especially, fill in dead income spots.  Towards the end of this round of self-employment, I started to realize that I needed to pick up my game, but by then it was too little, too late.

Have an Exit Plan

Nobody likes to think that they are going to fail.  Just like nobody likes to think that they are going to get into a car accident or die, but we still buy car insurance and life insurance anyways.  While you can’t just go out and buy entrepreneurial failure insurance, you can have an exit plan so that you not only know when it’s time to move on to the next thing, but you also have a plan on how to get there.  I had none of that.  As a consequence, I probably waited several weeks too long to even begin looking for a new full-time job, and risked not getting something in time to fill in the income I needed when our savings was depleted.  I got lucky.  My first paycheck at my new position came only a few days after the last transfer from the savings account happened.  Even so, we’re still struggling to keep up without that cushion that we had grown accustomed to.

I Would Do It All Over Again