Occasionally, there comes a time when you have to take a look at your personal finances and do a little personal finance reassessment.  While the need may arise to do a complete overhaul once in a while, a simple reassessment can usually suffice.  All it takes is a little attention, and some dedicated time to making sure that your finances are in order.

Recently, my wife and I were, more or less, forced to do a little personal finance reassessment.  That’s such a nice, delicate way of saying it isn’t it?  Truth be told, our finances were (are) in a mess. The ripples from when I quit my job last November are still plenty big, and the new job that I have seems to have come just in time to keep us from completely going under.  Combine the drastic decrease in income that event brought about with a couple of people who remained stubborn in their budget, and it was a recipe for disaster. 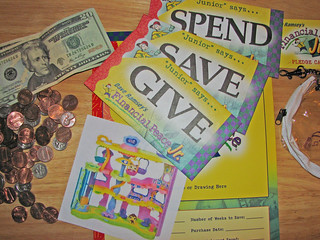 Luckily, we’re usually pretty good at talking about money with each other.  Don’t get me wrong.  There’s plenty of room for improvement.  But, we’re good about not getting into any heated arguments with each other, and being able to figure out where we’ve gone wrong and correcting it.

So, we sat down and caught up our dreadfully behind budget.  And, let me stop here to say something.  What kind of idiot doesn’t keep doing the budget when he quits his job and is making a fraction of what he used to?  This guy.  Dumb.  So, yeah, we caught up the budget.  About 6 months worth of financial data entry.  Some by hand because our bank doesn’t keep history online over 90 days.  So, one by one, directly from the statements I printed off.  Did I mention how dumb that was?

In case you’re curious, catching up on about 6 months of budgeting takes about 6 hours.  6 HOURS!  It’s done though.

One of the things that we discovered, after having done all of that, is that the reason that we were in the pickle that we were in wasn’t because of the loss of income, although that played a part, but more because of how badly we had slipped in the last few months with our spending.  July and August in particular were well above what June was.  In our defense, those are usually higher spend months because they’re usually the only real summer months we get up here in North Dakota, but it was still way off.  And it cost us.  The last several weeks have been pretty hairy, financially.

The scary part of all of that is that we haven’t had a bad financial situation like that for over 5 years.  And, maybe, in that 5 years, we’ve become a little bit lax in our budgeting, and in our finances in general.  No more.  We’re taking the control back, and keeping our finances in order.  Not doing so could mean disaster.  It surely means stress, and that’s something we just don’t need.

During our little reassessment, there were several things that we picked up on.  Like the fact that we didn’t have any life insurance on me.  In my previous job, my employer kept a policy on me that would have been more than sufficient.  For some reason, they decided to cancel that policy when I quit.  😉  So, we’re now budgeting for life insurance policies. Or, the fact that our spending on eating out and groceries had gone way up.  A simple attitude adjustment helps with the eating out, and we’re going to start trying to use menu plans to keep our grocery bill down and to spread it out over the month. Another thing that seems to be part of the issue is the timing of some of our bills.  Before, I made enough that it wasn’t an issue when the bills came due, we always had at least enough to make it to the next payday.  Now, with my lower salary, it’s getting a bit tight right before the 15th (when my wife gets paid), and a few of the bills that come in right before the 15th are adding a little extra stress.  I need to call a few of them and try to get them moved to a slightly later due date.

In the end, our personal finance reassessment came just in time.  We kept a close enough watch on our finances to see the need arising, and were able to meet the need and keep things from getting any worse.  Chalk it up to a lesson learned.  The (almost) hard way.

When was the last time you had a personal finance reassessment?