For part one of this series, go here.

In our earlier post, we talked about how debt can seem insurmountable to some, as documented in the movie, Maxed Out. Unfortunately, some people feel their debt is so overwhelming that they take their own lives. That includes a college student who owed $12,000. While $12,000 is not a small sum, it’s not worth taking your life.

Debt and Your Self Worth

Our culture recognizes that many people identify their worth by their jobs. When we meet someone new and tell them what we do for a living, we say, “I am a teacher” or “I am an engineer.” We literally take on the identity of the job that we do.

What is not discussed is that we often measure our worth by our debt, also. If you’re in debt and struggling to make your monthly payments, it’s easy to feel worthless and hopeless. When my husband and I finally faced our nearly $57,000 in credit card and student loan debt, I felt embarrassed and stupid. After all, how did I let myself get in this position? 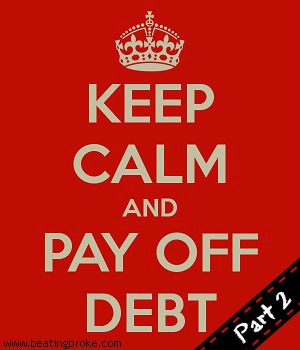 You may begin your debt pay off journey as I did–chiding myself and feeling like it was hopeless. How would I pay off this debt that was greater than our annual income? The whole process felt hopeless, and I wanted to give up before I even started.

But through our two year long journey thus far, I learned some things that make paying off debt easier.

How do you encourage yourself when paying down debt? 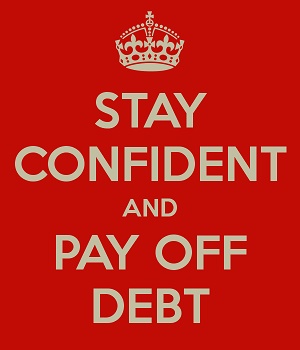