For many years, I was a user of ING Direct and their online banking products.  When word went out a while back that the US branch of their online bank was being sold I began to worry that a good thing was about to be ruined.  When we learned that the company that was buying them was Capital One, it didn’t exactly help me not worry.  I’ve had a credit card from Capital One for longer than I’ve had an account at ING Direct, and while I’ve never had a terrible experience with them, I’ve never really felt that I was anything more than just another cardholder; easily replaced and nothing worth going out of their way for.  If that level of service came to the online bank side after the purchase of ING Direct, I might have had to find something else.

The prospect of having to move my accounts at what was ING Direct to somewhere else upset me a bit.  I’ve tried several of the online bank options, and so far, haven’t found one that was as easy to use as the accounts were with ING Direct.  Now that ING Direct US is no more, and it’s been sold to Capital One, and re-branded to Capital One 360, what has my experience been?

Surprisingly, I have no complaints.  I truly expected that they’d start squeezing in some new fees, or making it harder to get things done, but the experience so far has been very similar to what it was with ING Direct.  There’s the obvious rebranding that came with a change of logo and color scheme, but for all intents and purposes, they’ve done a very good job of keeping the function and service levels where they were when it was ING Direct.

I suppose there may be some things behind the scenes that I don’t see that are different.  And they may just be biding their time before they start implementing some new fees and roadblocks, but if so, they are taking their sweet time doing it.  In the mean time, many of the features that I really loved about ING Direct are still resident in the Capital One 360 system.  It’s still super easy to create a new account, making it simple to have an account for each purpose and being able to segment your money by purpose.  Every other place I’ve tried this at, make it much more difficult to create a new account and that process becomes a roadblock to use.

The interface of Capital One 360 is very easy to use, with all of the major functions and features that most bank customers use right at your fingertips (or mouse pointer I suppose).  The rates that they pay on their savings and CD accounts still aren’t the best around, but they remain competitive with most other online banks, and they are double and triple what my local banks and even Credit Unions are paying.

Overall, I think Capital One has done a really good job of bringing the Capital One 360 accounts into the fold and not rocking the boat.  I hope that they remain dedicated to keeping the excellent service and system in place.  Even with a new name, Capital One 360 is still my favorite online bank.

Ninja, over at Punch Debt in the Face, wrote an article last week about being addicted to savings that got me thinking. Or, thinking harder, I suppose.  The attitude that he talks about towards savings is one that I’ve noticed in myself and others who have gone the way of the Frugaler.  He calls it an addiction.  I think it’s something a little more sneaky.  Something that creeps up on you and then grabs hold and won’t let go.  Something many will call “Habit”.

Views vary on how we pick up habits, but, by definition, a habit is something that you do over and over without much thought.  An unconscious task that you repeat.  It’s no coincidence that many addictions are also referred to as habits.  Smoking is sometimes referred to as a bad habit.  A pot of coffee a day is sometimes referred to as a bad habit.  But, a savings habit is a good habit.  One that many will struggle to establish.  Drug habits, smoking habits, and coffee habits are all habits that are easy to pick up because they cause a pleasure response in you body.  A savings habit is a bit harder to pick up.  But, as Ninja will attest, it can be done.

How?  Repetition.  Do something repeatedly, for a long enough time period, and it becomes a habit.  Being a successful Frugaler is a product of habit.  We start off forcing ourselves to turn off lights as we leave a room, shop for good deals before buying something, save a certain amount out of every paycheck, and set aside a certain amount each month for charitable giving.  And, before we know it, those things that we started off forcing ourselves to do become habits and we do them automatically, without having to think about doing them.  If there’s one thing anyone with a bad habit will tell you, habits are hard to break.

I know that I’ve felt it.  I often spend a month or more deciding on whether to buy something or not.  Especially if it’s on that fringe where it may or may not be necessary.  I’ve spent weeks bidding on items on eBay, determined to get an item at a specific price point.  Something that I could have paid a few dollars more for and had weeks earlier.  Like the junkie looking for his/her next fix, I’ve got a saving habit that I can’t quit.  The more I do it, the harder it is to spend any money at all.

Of course, like anything that’s good for you, there is a line where it becomes slightly less good for you, and then can become downright bad too.  Saving is good.  Pushing your savings to a point where you’re taking it to extremes is less good.  And becoming a downright miser is bad. Setting savings goals is a good way to limit the extremity of your saving.

A Frugality habit will change you.  As your savings tasks become habit, it becomes easier and easier, and eventually, you hardly notice it.  What are your savings habits?  How did you establish them? 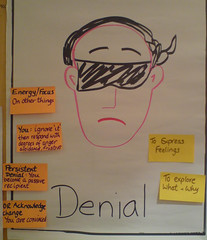