ChristianPF posted a very thought provoking article a while back.  In it, he talks about how spending money wisely is a life skill.  The choices that we make in spending our money are the root of how we live our lives and can bleed through into the businesses that we run or work for.  Basically, the way that you spend money is a very important.

I think I would take it one further.  Not only is the way that you spend your money a very important skill, but, as the title of this article states, the entirety of your personal finance management is a life skill.

Schools all around the world concern themselves with teaching children life skills.  Skills like writing.  Reading.  Wood Working.  Mathematics.  Science.  And even Cooking (0ne of my favorites).  Perhaps personal finance isn’t as important as things like mathematics, writing and reading (the three Rs), but I would argue that it’s just as important (or more so) than the rest. I would argue that personal finance is a life skill.

Improper management of your personal finances can lead to some pretty dire circumstances in your life.  You can find yourself falling into a trap of revolving debt and upside-down mortgages.  Too easily, you can find yourself making the choice between ramen and gas to go to work.  And yet, people continue to put personal finances aside as something that isn’t all that important.

Over the last decade, I’ve spent my time learning many of the tenets of personal finance management.  Even with the knowledge I had gained, it was a very difficult trip to take.  I started as close to the bottom as I cared to get.  I’m still a long ways from the top, but I’m getting there.  And most of that is owed to learning to manage personal finances properly.

Take the time today to learn something about taking care of your finances.  Teach it to your children.  Teach it to your friends.  If we all learn a little bit more each day, week, and month, we can turn our situations around and help more people.  The more people we help with this, the less likely that our economy will ever find itself in this situation again.

In business, we talk all the time about investing in your business.  We’re not talking about actually buying stock in your own company, although there are those that do that as well.  What we’re really talking about is investing the things that will make your business better.  For a cab company, that might mean investing in an extra cab or two.  Or replacing some of the older cabs in the fleet with newer ones.  It might be something as simple as sending an employee (or yourself) to training.  But, as much as we talk about investing in our businesses, how many of us actually invest in our own personal finances?

How to Invest in your Personal Finances 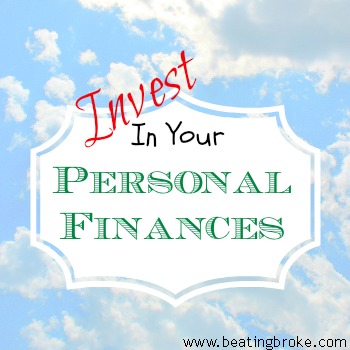 Investing in your personal finances can be something as complex as buying new investments.  But, it can also be something as simple as providing yourself with the training you need to improve your personal finances.  What part of personal finance scares you?  Is it the budgeting?  Is it the balancing?  Selling?  Buying?  Investing?  Maybe you just don’t understand how savings accounts work?  Investing doesn’t mean you need to spend money either.  All those things I just listed can be learned online for free.  It might take a bit longer because it isn’t all consolidated like it would be in a course.  You might need time sorting through sites like this one learning what the authors have to teach.  But, it can be learned.  And, when you’re done, and you understand something a bit better, you’ll have invested in your personal finance.

Earning Dividends on your Personal Finances

In the investing world, dividend paying stocks are the ones that many investors (for sure income investors) will look at first.  Why?  Because, even if the stock doesn’t gain any value, it’s still going to pay that dividend out in most cases.  The people who run the company have invested in the business to improve it enough that it can pay some of it’s revenues back to the shareholders.  You can do the same.  As you invest in your personal finances, and implement the things that you’ve learned, your finances will get better.  You’ll be working on them all the time to improve them.  As they get better, you’ll start earning dividends on your investment.  Maybe it will be in a higher rate of income. Maybe a higher rate of savings.  Or, maybe it will just be a higher rate of understanding that leads to a calmer sense of where your finances are headed. 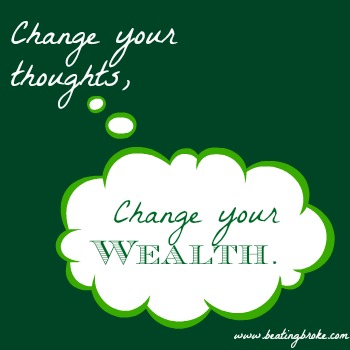