Happy Groundhogs Day everyone! Today’s the day! Good ol’ Puxi.. let’s just call him Phil, shall we? Good ol’ Phil is gonna come on up out of his hidey hole and do his annual weather forecast for us.

Whether you believe in the Phils shadow or not, here’s 5 things that he’s not going to be able to determine for you.

Have a great Groundhogs Day! 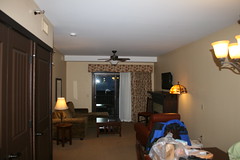 When I entered college, I had no debt. Well, I guess I had some as I’d already signed the papers, but hadn’t received the money, for the loans I was going to be using to partially finance my education. When I finally graduated, 7 and a half years later, I had mountains of the stuff. Nearly 30k in college loans, close to 10k in credit card debt, a car loan, and a mortgage.

For the high school graduates: If you learn nothing in college, learn to avoid debt.  That single thing will make the rest of your life so much easier.  It allows you to start ahead of every single one of your college peers, and will make it so much easier to achieve the goals that you want in life.

If you’re reading this, and you’re a college graduate that never got the above bit of advice, you’ve likely ended up like I did.  Lots of debt.  Here’s my advice to you (and roundabouts to my past self).

The preceding is, by no means, an exhaustive list.  In fact, it can’t even really be considered a quick and dirty list.  It is, merely, a list of a few things that I have come to think of as some tenets for post college life.  Some, I have learned, others I wish I had.

Congratulations on your graduation, and best wishes as you join the rest of us in the real world.