My oldest child has always had an interest in spending money and being independent, so I shouldn’t have been surprised when he wanted to open a checking account, but I was.  After all, I rarely use my own checking account.  I didn’t think a 13-year old would want one, but he was adamant he did.  It turns out, he was smart to want a checking account from such a young age, and I’m glad we let him open one. 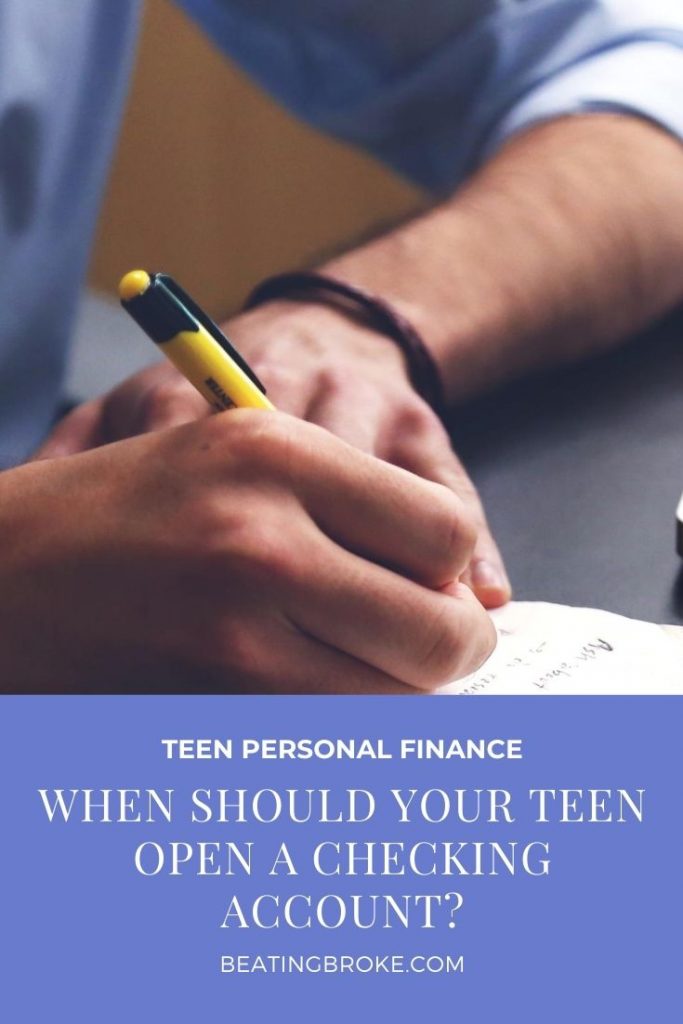 There’s no hard and fast rule when your you child should get a checking account, but if the child is asking for one, it’s probably time.  That may happen when the child is 13 like my son was, or it may not happen until the child is 16 and working her first job.  (That’s when I got my checking account as a teen; I had no desire to have one before that.)  Your child will let you know when she is ready for one.  However, definitely by 16 or 17 she should open an account so she can practice managing her money before she moves away from home.

Have Safeguards in Place

Most banks require teens to have a parent co-sign on the account.  As a parent, you can also receive copies of the monthly statements so you can make sure your child is managing his money properly.

Having a debit card attached to the checking account is invaluable.  Our child used actual checks sporadically, but he used his debit card all the time.  He knew down to the penny how much money he had in his account, and he would frequently ride his bike down to the bank to deposit more money before planning on shopping.

Our son was diligent about writing down his expenses and managing his balance.  Still, one time early on he had an overdrawn account.  Sure, I was co-owner on the account, but when he had overdraft fees, I didn’t pay them; he did.

He was so annoyed with himself, and he has never made that mistake again in years of having a checking account.  I feel confident that when he’s on his own, he’ll be able to responsibly manage his checking account.

If you’re wondering when should your child get a checking account, the short answer is when she asks for one and is at least 13 years old.  However, she definitely should open one by the time she’s 16 or 17 so she can prepare to be financially responsible when she leaves home.

With the recent increase in new fees at banks, and the backlash it has caused, people are starting to determine what the alternatives are.  At the moment, there are still banks and credit unions that are maintaining their current fee structure without adding anything new.  Many of those are also maintaining their “free” accounts.  But, if the Durbin Amendment remains, it may be only a matter of time before they buckle under the costs and start removing “free” accounts and adding fees. 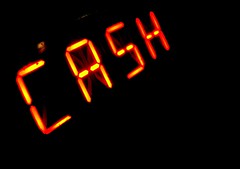 As a card-carrying member of the NGPAF (Not Gonna Pay Any Fees) club, that might just make me decide that I don’t want to use any of their services anymore.  My depository institution might just have to become the coffee can in my backyard.  Seriously, though.  If all of those services become services with fees, we might see a pretty drastic increase in the usage of cash again.  Many of us don’t use cash all that much.  I know I don’t.

And what happens if we return to a cash economy?  The banks get even less transaction fees.  Their income drops because of it.  And we all see what happens when their bottom line is threatened.  More fees.  It could send the banking industry into a never ending spiral of more and more fees until the only people who still use banks are the ones who don’t feel comfortable keeping thousands of dollars in a coffee can in the backyard.

Luckily for me, I belong to a credit union that isn’t likely to add any additional fees anytime soon.  What about you?  Do you belong to a Credit Union or Bank that hasn’t added fees recently?  What if they did?  How long do you think it will be before we have to choose to either pay fees or carry cash?

As I was traveling to the Financial Blogger Conference a few weeks ago, all the news was talking about how Citi had announced that they would be charging more fees on debit cards.  In fact, there have been quite a few banks that have announced an increase in fees over the last few weeks and months.  There are very few that have free products like free checking or free savings anymore. All told, there’s a lot of anger aimed at the banks right now.  But, is it all their fault?  Or, are they getting a bad rap? Let’s examine where all of this fee increase stuff is coming from.

The Dodd-Frank bill did quite a bit, but the bit we want to look at is the Durbin amendment.  The Durbin amendment was an amendment added with the intention of creating some competition in debit card processing fees.  Specifically, it’s goal was to “To ensure that the fees that small businesses and other entities are charged for accepting debit cards are reasonable and proportional to the costs incurred, and to limit payment card networks from imposing anti-competitive restrictions on small businesses and other entities that accept payment cards.”

Which doesn’t really explain it all that much.  I’ll try, but no guarantees that you’ll be any less confused. (NerdWallet does a really great job of explaining it, actually.) When a credit card/debit card is used as a payment, it gets swiped through a reader.  The reader reads the data, and then sends the data along with the purchase data to a card processor.  The card processor then routes the data and purchase data to the institution that holds the account the card is attached to.  So, a Ally bank’s card and transaction would get routed to Ally bank.  The institution accepts or declines the transaction and sends that back to the card processor.  The card processor sends that on to the merchant.  For it’s (necessary) work as the middleman, the card processor charges an interchange fee.  Basically, a fee for all the routing it did.  The Durbin amendment put a cap on how much that fee could be.  The end result is that some of the larger card processors have to charge larger fees.  Fees that are paid by the banks.  The banks had two options.  They could charge the merchant a larger fee to make up for it, or they could start charging fees to the user (that’s you) and cease many of the “free” programs that were previously supported by the profit margin they were making on the cards. 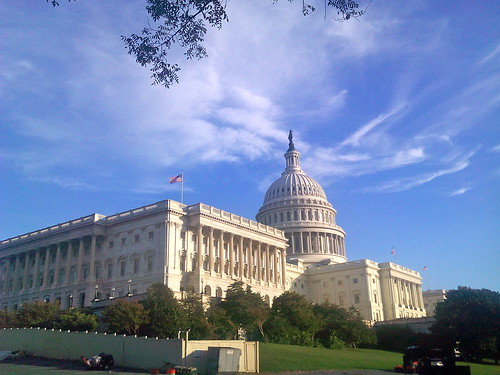 If they had passed all of the larger fees on to the merchant, many merchants would have likely stopped taking their cards.  So, believing that the majority of users would lay down and take the extra fees and loss of “free” accounts, they passed the added fees on to the user.  Again, that means you.  What they didn’t count on was the size of the backlash they would get from the added fees.  An educated user base, that has direct access to so many public outlets like social media, is making far more out of the situation than they ever thought would happen.

Does it really mean anything?

Here’s the funny part.  (not really)  There will be a small percentage of users who will move their business to Credit Unions and online banks who are absorbing the added costs and keeping their “free” accounts without adding any additional fees.  But, the majority of users will pay the fee, complain about it, but, ultimately, do nothing.  The new fees will become normal after a year or so, and things will continue on like they were before.  Just with less “free” accounts and more fees.

You should be mad as hell!

But, not at the banks.  They are merely doing what makes the most business sense to them and trying to maintain their profit margin.  Credit Unions don’t work on a profit margin because they are not-for-profit businesses.  Online banks have a higher profit margin due to not having any physical buildings and fewer staff.  The people we should be mad at are our representatives in Washington.  There’s a bill about to be introduced in the House of Representatives that aims to repeal the Durbin Amendment.  If you feel strongly enough against the fees, you should send your state’s representatives (house and senate) a note (or make a call, email, whatever) and tell them you support the repealing of the Durbin Amendment.

Whatever you do, don’t just lay down and take the fees.  Call, email, or write your representative.  And, in the mean time, find a Bank or Credit Union that isn’t passing the added costs on to their users.  Open an account at one of them and move your business.  My personal favorites are ING Direct, Ally, and PerkStreet,  but a local Credit Union would be great too.