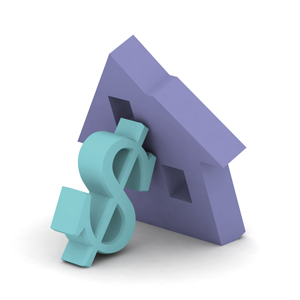 Your primary home is not an investment in the normal sense of the word.  Dictionary.com defines Investment thusly*: “the investing of money or capital in order to gain profitable returns, as interest, income, or appreciation in value.”  Some of you will argue that you buy your house because it will appreciate in value.  But, to fit the definition, you must have bought it specifically for that purpose.  And in the case of a primary residence, that isn’t true.

When you bought (or buy) your primary residence, you’re looking for a home.  You’re looking for a place to call your own where the money that you spend on it goes towards your ownership of the home.  Sure, it may show some returns by way of appreciation of value, but those are locked into the house until you sell.  And, truthfully, you probably don’t care about that unless you sell, so if you plan on living in the house (the definition of primary residence) it makes little difference what the house is worth as long as it provides a home for your family.

So, don’t be fooled into looking for a good “investment” when you buy a house.  Look for an affordable home that will provide for your shelter needs.  When (if) you sell the house, it gets converted into an investment and you will have hopefully made some money, but when you’re looking for a home, pick the one that will fit your needs. Not the one that shows the most potential for return.  That’s what second homes and rental properties are for.

*I know that thusly isn’t really a word.  I blame it all on Alton Brown.