Now that the year has ended, and the new one has begun, it’s time for another Lending Club Update.  (Here’s the link to the 3Q2012 update if you care to read it.)

A couple of significant things happened in the final quarter of 2012.  My account maintained sustainability and I stopped contributing to the account (temporarily). I’ll go over each in turn, but the first is a milestone that I have been waiting for, while the second was something that just needed to happen because of my personal financial situation.

What defines sustainability?  For me, I’ve defined it as receiving in excess of $25 a month in principle and interest payments.  My account first reached that goal in June of 2012, and has maintained it since.  In August of 2012, it came close to dropping below that threshold, but managed to stay above.  It seems to have settled in at about $30 towards the end of the quarter, so hopefully as that money is reinvested, that number will continue to increase.

The entire quarter saw the interest payments that I received rise to a little over $9 a month.  I won’t likely get rich off of that, but it’s also not an insignificant amount on an account that has a total just under $800.  The Net Annualized Return (NAR) that’s being displayed on the account homepage is up .4% to 14.48%, a number I’m happy with.  There’s some argument over whether you should really use the NAR as a gauge of the account performance or not.  I won’t pretend to understand most of it. 🙂  What I do understand though is that having exact figures is less important to me for this experiment than it is to have a standard metric to measure my results by.  So long as the method of calculation remains the same, it should give me a general idea of how the account is doing.  (I’m open to learning more about how some of this is calculated.  Drop links in the comments!)

I stopped my contributions to the account in November.  If you’ve been reading along with the site, you’ll know that we ended up having some financial difficulties at the end of October.  As a result, much of the money that I was using to fund the account ended up getting transferred to my personal account to help dig ourselves out of that rut.  It isn’t any reflection on Lending Club, but a reflection on my finances and the need to help keep the ship afloat.  We’ve mostly righted the ship, now, so I’ll likely start putting some money back into this account sometime in the first or second quarter of 2013.

My portfolio remains strong.  I still haven’t had any defaults.  *knock on wood* While this experiment of sorts (it’s gone beyond that, I think) started in July of 2011, I’ve had my account at Lending Club since January of 2010.  That’s a pretty long stretch to go without a default of any sort.  You might recall that I sold a loan that had gone delinquent in the 2Q/3Q 2012 area.  I also had a second loan that had gone late, but it eventually was made current.  Currently, my portfolio has 42 loans in it.  All of them are current.  It also has 13 loans that have been paid in full.  Of those, perhaps about half have been paid off in advance.  That’s both good and bad.  I like that they’ve paid them off in advance because it seems to show that the borrowers are perhaps getting their finances together.  It’s bad, because I lose out on some income from interest when they pay them off early.  One of the risks of this income stream.

I’m still not able to directly invest in loans, and still have to invest through the FolioFN platform.  It’s still not ideal.  But, until my state (North Dakota) pulls their head out, and starts allowing it, that’s what I’m stuck with.  I’m not holding my breath.  I’m not going to complain too much, as I do seem to have found a pretty good method for selecting my Lending Club notes, and it seems to be working.

How are your investments starting off the new year?  How’s your Lending Club (or Prosper) account doing?

You already know that I like Lending Club as an investment vehicle.  The returns are good (or great, depending on your default rate), and I like the idea that my money isn’t going to line the pockets of some corporation, but is being used to help someone who needs a loan get a better rate than they might get at a financial institution or through credit card usage.

Recently, Lending Club started offering IRA accounts to the lenders.  My first thought, was something along the lines of “that sounds kinda cool”.  But, then I got to thinking about it.  Many of us struggle to put money away for our retirements.  Do we really want what little money we have put away in an investment that carries as much risk as Lending Club notes carry?  I like risky investments, but even I don’t think I’d want all of my retirement money in these notes.

One use that could redeem it is using it as a supplemental IRA.  If you’ve already got a 401(k) and an IRA that you use to invest in more traditional, lower risk, investments, you could use a Lending Club IRA as a way to diversify further and add a little more risk to your portfolio.  That would also allow for keeping a higher percentage of your 401(k) and standard IRA in investments that are a little less risky.  Of course, that would also mean balancing your investment portfolio over several accounts.

I tried to figure out some of the finer details of the Lending Club IRA through their site, but either it isn’t all that clear, or I’m just a bit dense.  😉  So, I emailed them to get a few questions answered.  Here’s what I found out.  The accounts are administered through a company called Self Directed IRAs.  I’m not all that familiar with what a self directed IRA is, but it basically looks like an IRA account that you can use to invest in just about anything.  They offer several different IRA “types”, so it will depend on which the LC IRA falls under to determine what other investments you can add to your account besides the LC notes.  It doesn’t seem out of the question to assume that you would be able to invest in stocks and such as well.  (I’ve replied to the email I got to try and determine this for sure)  Based on what I was seeing on the administrators website, it was looking like the account might be pretty heavy in fees.  The email from Lending Club managed to answer that question as well.

There are no fees associated with a Lending Club IRA with a balance of at least $5,000 in the first year (you have all year to reach this), or $10,000 in the second year and beyond.

Anyway you look at it, I don’t think it will be the most popular IRA account around.  But, it’s nice that they offer it for those of their customers who want a tax sheltered way to take advantage of peer-to-peer investing.  You can read more over on their site: Lending Club IRA.

What are your thoughts on the Lending Club IRA?  Too risky for retirement funds?  Good as a part of the retirement portfolio? 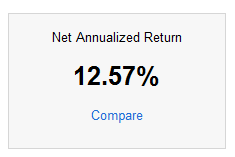