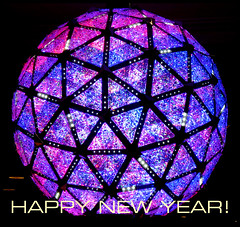 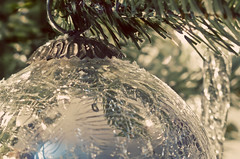 I hope your day is a great one.  That you get everything you wanted, that you spent less than you expected, and that your day is filled with wonderful times with family and friends.

By the time this post is posted, (I’m writing it on the 6th of December) I’ll be on the road to my in-laws house to partake in the festivities there.  I’m sure the kids will enjoy spending some time with Grandma and all their fun uncles and aunt.

Please keep in mind that the holiday is a celebration of life, not of buying and getting.  Give of your heart, live with intention, and enjoy the splendor of life! 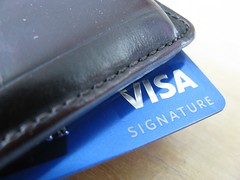 What would a world where there was no credit look like?  Instead of spending our last dollar to pay off the loans we get with our credit, we’d spend more of our time working for fulfillment.  If we didn’t have the ready cash available to pay for something, we’d have to save for it.  Or trade for it.  And we’d do more for ourselves.  We’d mow our own lawns.  We’d do our own handyman work.  Do-it-y0urself tasks wouldn’t be something of a novelty, but more of a normal thing.

For some, it may seem trivial.  What difference does it matter whether I use credit or not.  I’m responsible and pay my bills, they’ll say.  And then, they’ll get up on Monday morning and go to the job that they’ll freely admit they don’t like much, but they keep it because it pays well.  But, if there was no credit, they wouldn’t need a job that pays well.  They probably wouldn’t need any resume tips. They’d have the ability to find a job that they enjoy.  A job that is fulfilling and rewarding.

And that makes a difference.  The stress and turmoil that a job you don’t like can bring into your life is not only unpleasant for you and those around you, it can actually be fatal.  Without credit, keeping up with the Joneses becomes a thing of the past.  You only need to keep up with what skill sets they have that you don’t and find an amicable trade.

Will this world ever exist?  Wholly? No.  There are way too many hands in the pot of credit for it to ever go away.  Too many millionaires made by taking advantage of other people through credit.  But, that doesn’t mean that you and I can’t strive to lead our lives in the direction of no credit. We can take control of our finances through good financial management principles and lead a life as free from credit as possible.  And, it is possible.  Don’t be afraid to dream of that.  And don’t be afraid to guide your finances with intention.

Breaking free from the harness that we’ve given ourselves can lead us to a better life.