Some people have the skills early in life and understand the importance of saving money. While others live life for the moment without giving any thought to the future. Unfortunately, the majority of the workforce falls into the latter group. Without changing your ways, you won’t be able to ever successfully achieve stability when it comes to your finances and enjoy the fruits of your efforts. The good news is that it’s never too late to change your mindset and learn how to save money.

When you spend everything you make, you’ll need to borrow money often. This cycle of borrowing is costing you a prosperous financial future. Before long, you’ll owe money to family, friends and banks. Once your credit drops, your ability to borrow more money from a lender becomes nearly impossible. There are other lenders with less stringent guidelines for small amounts of money such as short-term installment loans.

The first step to becoming and remaining debt-free is to control your carefree spending. It’s easy to order lunch out and opt for take-out at home for dinner a couple of times a week. However, the money you’re spending is preventing you from having money in the bank for other things. Bringing your lunch and eating out just once or twice a month will help you reel in your spending and have money on hand for things you really need.

Credit is a wonderful thing if you use it correctly. However, you should always think long and hard about any purchase, especially before placing it on a credit card. For example, some people have cards that offer rewards for use. They use them to buy airline tickets, pay for hotel rooms, buy dinner at restaurants and pay for groceries at the supermarket. However, when the bill comes in, they pay it in full and avoid paying interest while still achieving the rewards. If you use credit cards correctly, you can benefit. However, many people get credit and misuse it. They view it as extra money and begin to think of ways to spend it. Soon, the credit card is maxed out, and the bill comes in. Now you have more debt with interest accruing.

Live Within Your Means

You have a decent job but you still struggle to make ends meet at the end of each month. This is an unpleasant fact for many families across the US. You own a home at the top of your price range, have two cars with payments and several credit cards with hefty balances. Living within your means is the only way to live life comfortably. When you start out life with piles of debt, you’re setting yourself up for financial ruin. Unfortunately, banks are similar to fairweather friends, when your credit score is good, they want you, but fall from grace and you’re no longer welcome.

If you’re ready to change your spending habits and live within your means, you’ll face a bright financial future. Luckily, there are many budget apps online for free. Select the one that best fits your current collected debt. A budget is more than simply a sheet of paper with a bunch of numbers. It gives you a clear accounting of your financial status. You get to see not only the amount of your debt but also from where it derives. This is important. Sometimes seeing how much money you waste can be a real eye-opener.

If you want to become debt-free, it takes a commitment to change your spending habits and how you view money. With a different mindset, you can move forward and learn the importance of saving today to fund tomorrow.

If you’re in debt, you’re not alone.  A few generations ago, most Americans did not carry debt, and if they did, they only had mortgage debt.  Carrying debt was looked down up and considered shameful.  But how things have changed now.  Many 18-year olds immediately go into student loan debt for college, and then for credit card and automobile loan debt and to top it all off, mortgage loan debt.

Once you’re in debt, you can feel like you’re in so deep, there’s no way out.  But don’t give up!  There are many more reasons to beat that debt than to not. 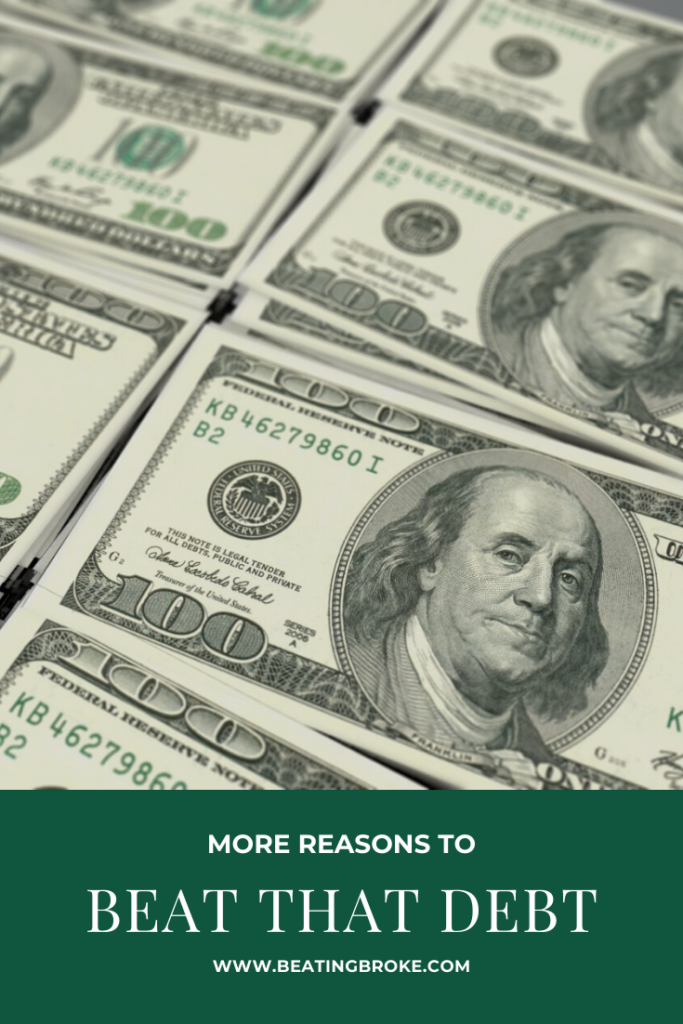 More Reasons to Beat That Debt

When you’re deep in debt, you may feel there’s no point in going on a strict budget and putting extra money on your debt.  After all, you work hard to scrimp and put extra money on the debt, but you barely see a difference in the balances.  Sure, progress is slow in the beginning, but there are so many benefits of working hard to pay off your debt.

Today’s Money Is Yours for Today

One of the most frustrating things about being in debt is that you pay for yesterday with today’s money. Let’s say you earn $3,000 a month, and $1,000 of that money must go to payments for your debt.  That is 1/3 of your income that must go for past expenses that you went into debt for.  Imagine if all the debt was paid off and you had that $1,000 to use today.  What would you do with an extra $1,000 every month?

Money to Save for Long Term Goals

Maybe part of that $1,000 can be saved for long-term goals like a fabulous vacation you can pay cash for, or to grow your retirement nest egg, or to save in your children’s college fun.  When you don’t have to pay debt payments, you have more money to save for, and advance, your future.

Probably the best reward for working hard to pay down debt is that you have financial security.  If your car is paid off, you don’t need to worry that it will be repossessed if you lose your job.  That car is yours no matter what.

If giving to charity is important to you, you can give more freely when your money isn’t tied up in expensive debt repayment.  You can give to your church, or an organization that you support, or a family in need.  You have the means and the ability to give generously when there is no debt burdening you.

When you are in debt, you feel burdened, even if you don’t realize that you feel that way.  There is something about being out of debt, not being beholden to anyone, that makes you feel free and empowered.  You don’t realize how much having debt was subconsciously weighing you down until the debt is gone.  I’ve experienced this myself and also heard many people share that this is what they felt, too.

If you’re in debt, remember, getting out of debt, especially significant debt, is a marathon, not a sprint.  However, you should get out of debt as fast as you are able to benefit from these many more reasons to beat that debt.  You’ll be glad you break the chains when you get out of debt. 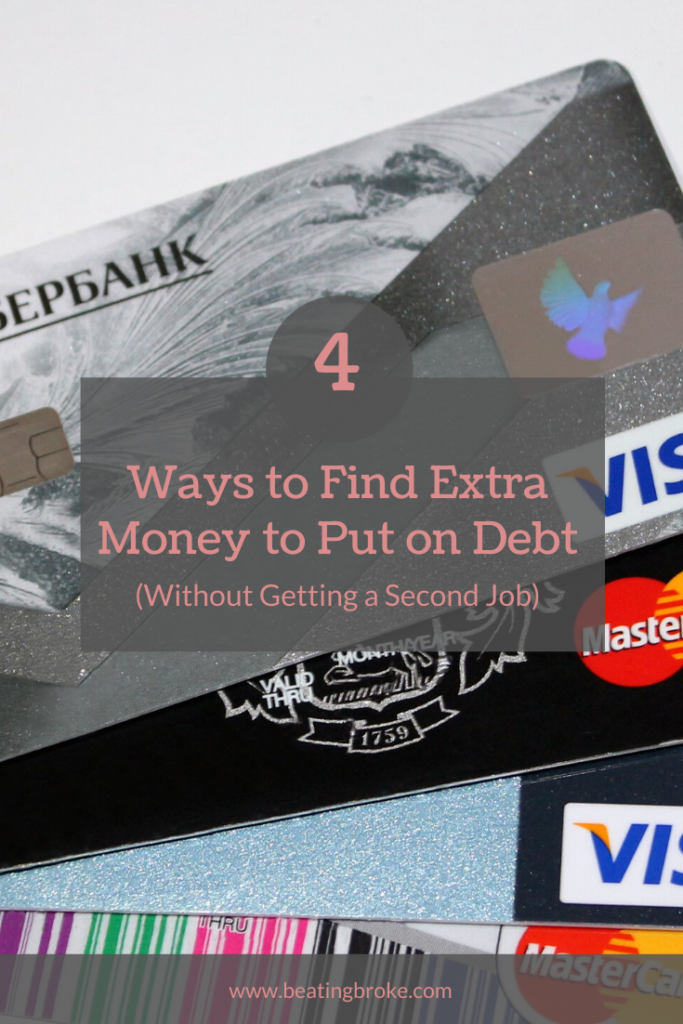