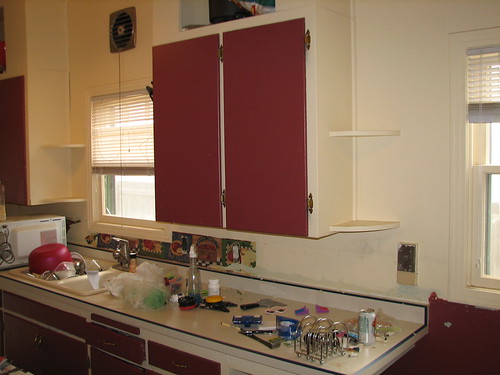 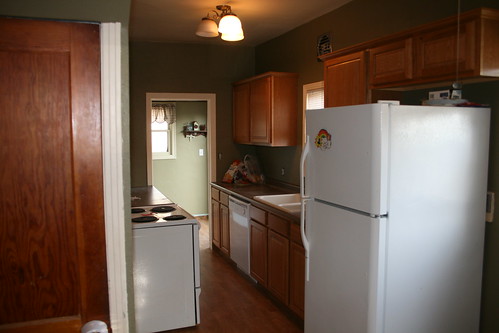 I dislike getting a refund from the government. I don’t like having to look up the my tax refund status.  I don’t have any good reason to give them an interest free loan, but any changes I make to my W4 don’t seem to make any difference.  I keep getting a refund every year.  This year, the numbers were really off, because we added a dependent last march.  After all the numbers were entered, and the forms filed electronically, the IRS sent us a nice deposit of a little over $3000.  Combined with a bit under $500 from the state, and we end up with $3500 in the bank.

Now, before I go on to tell you what it is we are doing with that money, I need to say something.  For the last several years, we have spent nearly every spare dime we have on paying off debt.  We still have debt that needs to be paid off.  However.  Despite my hate for debt, I’ve come to realize that you cannot let other things slide in order to pay off that debt.  With that in mind, here’s how we’re spending our refund.

We’re getting a new kitchen.  The cupboards in our kitchen are original to the house (circa 1950) and have been painted so many times that they no longer close.  The drawers grind against their frame and the resulting paint dust and wood dust falls down from them onto anything in the cupboards below them.  We have to wash our pans before we can use them because of the dust.  The linoleum on the floor is peeling up.  The carpet is ancient, smelly, and stained.  If you took just the kitchen from our house, it would fit right in with many of the run down slum rentals in town.  We want to move up to a newer (read bigger) house soon, so we need to make this house sellable.  In my opinion, with the kitchen in this condition, it would not sell for what it is worth.  So, we went and bought all new cupboards, countertop, and flooring. Oh, and a dishwasher.  That’s a certifiable luxury, but it helps that we bought it all on sale.  All of the supplies came in at about $2300.  There’s still a few odds and ends that we’ll need to purchase, but we should be able to keep it at about $2700 or less.

This weekend, my father is coming to town to help me install it all.  With any luck, come Monday, it will be mostly finished and usable.

If the plan works, we’ll still have about $800 or so left over.  And with that, we’re buying a couch.  And maybe a loveseat.  Depends on the sale I suppose.   This could be classified as a luxury that we don’t need if it weren’t for the hole in the one cushion, the rips in the spring lining that allows everything to fall between the cushions and disappear into the couch, and the stitching that is coming out at all the seams.  The couches that we are replacing are in dire need of it.  We got them free and have used them for several years.  The couches we had before that were hand me downs and garage sale finds.  It’s time for something new.  And, yes, we could go to garage sales and find new used stuff, but we’ve been saying that for at least a year and haven’t done it, so we’re going to splurge a bit.

When we’re done with all of that, we’ll go back to trying to pay everything off.  My wife’s new business is growing well (that’s another post), and her income is leveling off some, so we can more properly budget for debt repayment.  We’re leaps and bounds from where we were when we got married, and with any luck, 2011 will be the last year we spend with any real debt aside from a mortgage.

What are you doing with your refund?